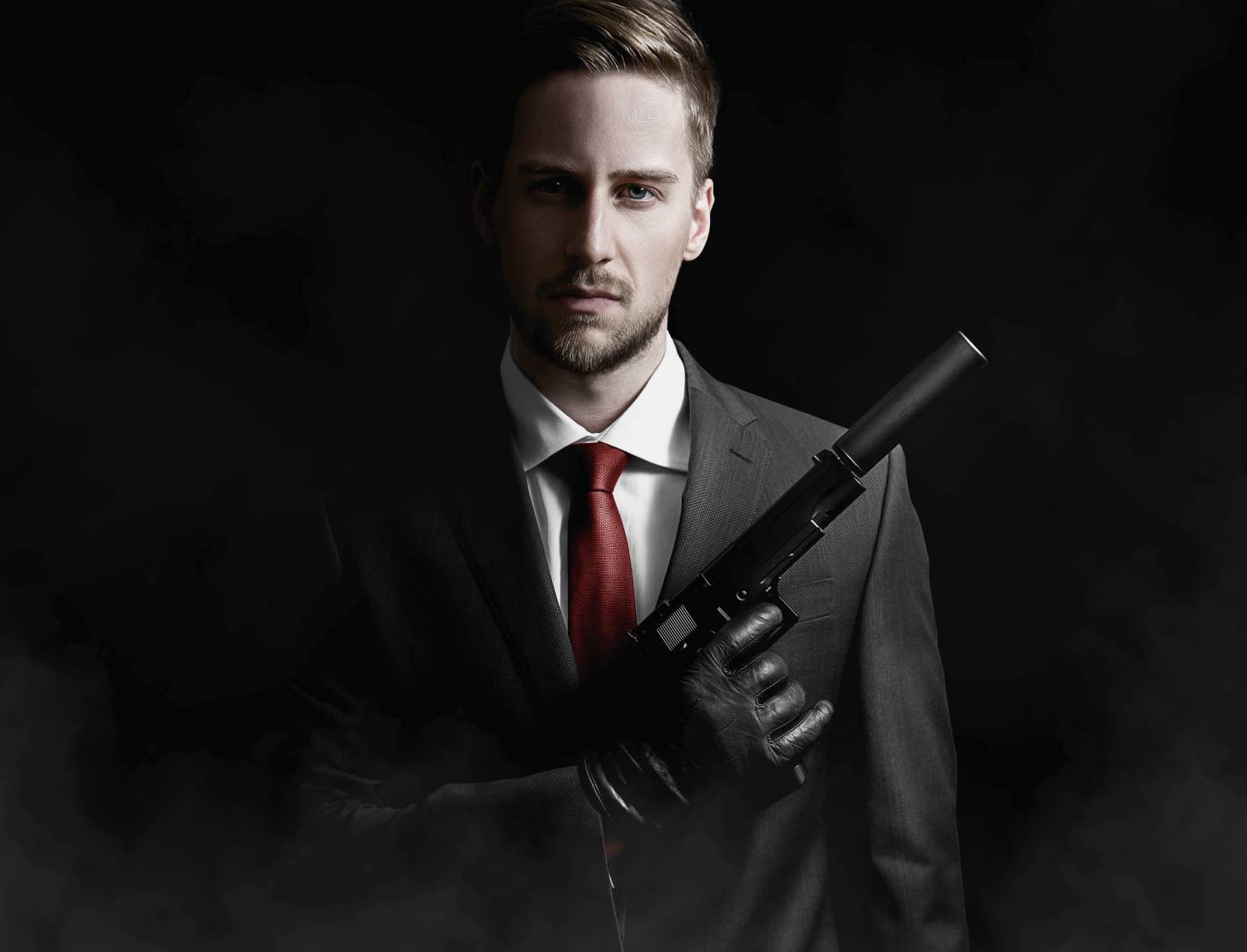 Power moves can come from anyone, even from friends sometimes.

An enemy instead is an individual who has put you in their cross-hair.
Either out of spite or because you stand in the way, they want to harm you.
They want to crush your reputation, destroy your social status, make your life difficult or see it as their life mission to have you fired.

This is not the time to see life as win-win or trying to see the positives in them.
Naive cooperators routinely get steamrolled by the backstabbing enemies.

When it’s time to play next level mind-fuckery, this is your lesson.

Here is how you can deal with enemies:

You know The Godfather rule, don’t you?

If you don’t, here it is again:

Keep your friends close, and your enemies even closer

The reason why you want to keep them close are:

This rule is true both physically and emotionally.

Take a meeting for example.
The typical limp dick approach is to keep the distance and sit far away from your enemy.
And that shows them just how you fear them.

The proactive, power move approach instead is to sit right next to them.

This fucks with their head as they think “shit, he knows I’m out to get him and this guy still has the guts to come sit here as if nothing was going on”.

It sends the message that you are more powerful and nastier than they could ever be, and chances are they will soon drop their game.

If you want to take it to next level, you will evne say this when you sit next to them:

With a smile, as if you were looking for them!
What did Tommy say to Billy Batts in the trunk?
“Look at me in the eyes”.

2. Compliment Them Publicly to Win The Reputation War

While most people would trade barbs, you want to compliment your enemy in public just when they seek to undermine you.

Without going overboard, but positive comments such as:

You: I appreciate you care so much about this project

You: Thank you for weighing in, you have a lot of experience on this

Why would you do this?
Because you want people to know that you are not the issue and the hatred doesn’t come from you.

And when you will eventually maneuver against them it will also seem motivated by a real issue and not by personal rancor.

2.2. Judo War: Thank Them for Their Criticism

Don’t push against them when they criticize you.

Especially if the criticism is well-founded or if they know what they are talking about because in that case you are responsible for 90% of your own demise.

It would be way too easy for them to make you look butthurt, selfish or overreactive.
Even if they don’t say anything you will look so in front of others when you push back on criticism.

Don’t “take it offline” either, because this is what they will say:

You: Thank you man, I appreciate an opinion. I’m not sure on what to make with it right now, let me reflect on it and then we can speak further later

Notice the embedded power move there: “I appreciate an opinion“. As if you were saying “every asshole has an opinion”.

Then keep going with whatever you were doing.
Unless their criticism completely invalidates what you were saying or presenting, keep going or you give them too much power.

10 Frame Control Techniques to Out-Frame Anyone

You know the insurance rule, right?

You can’t buy insurance while your house is on fire.

Similarly, you can’t recruit allies when you’re under fire.
Why not?
‘Cause it looks desperate, pal.
And it looks like you’re losing the war and need back-up.

Sure, you want allies.
But nobody likes war conscription.
And you don’t want neutral folks to stay away from you because you’re under fire.

So… Keep your mouth shut about the war.
Especially if you’re lower on power than your enemy. The last thing people want is to side with the lower-power player.

I know, keeping everything for yourself when you feel victimize not easy, so you can maybe take your load off with someone outside of work.
And if you really must speak to someone at work, at least make 100% sure the person you speak to is a friend who keeps his mouth shut.

5. But Make People Want to Side With You

To win the war, know the rules first.

And the basic rules is that people want to win easy, and for that, they want to ally with the winners.

He had it badly wrong, but when he made his move, it looked like he was right. And that’s how the most Machiavellian players think.

If the war is over a managerial position expect that the alliances will shift on the side of who is winning -or who looks like is winning-.

Don’t be saddened or angry about it, you’re a professional, remember?
Instead, strategize for it.

Look confident and in control, like the power position you’re fighting for is already yours.
That’s how you recruit allies.

5. Let The War Take Its Toll… On Your Enemy

War can take a mental toll.

Great, let that bitch of your enemy get tolled.

First of all, you must avoid feeding him any good news.
Backstabbers and bullies feed on your overreactions.
So don’t serve them any.
If they play covert and microaggressions, learn the power dynamics to deal with them effectively.

And the war is psychological as much as it’s professional.
So, repeat after me: political warfare is fun.

Stay positive and show people the differences in personality between you and them.

People will naturally gravitate around you and support you when you’re a force of positivity.

6. Unsettle Their Minds: Mark Their Territory

What, you thought you were going to make your territory?

Yeah, sure, and what are you gonna gain pissing on your own desk?
Let the dumb mutts play that bottom feeder’s game.

You will mark their territory.
And in what matters most: the alliances.

The inexperienced -and 99% of people actually- will stick with their friends and avoid their enemies’ friends.

But as we mentioned in a previous article: avoid making more enemies than you need to!
His friends and crew are not your enemies, your enemy is the only enemy.

The top power mover will destabilize his enemy by walking into his turf, joking with his friends and get friendly reactions from them.

This will isolate him and drive him to the edge.

If you do it well, chances are that he will complain to his friends for being friendly with you, or at least he will act off and lose points with them.
If he is of the domineering type, he will also want to punish his friends, who now start disliking him and finally see him for the real sorry ass MF that he is.

Finally, walking into his turf and acting friendly with him while making friends with his crew is such a display of mental and social power that he will think twice before crossing you again.

Example: Making His Friends Your Friends

Imagine you are Regina George in the movie Mean Girls, and your enemy is the emo girl.

The effect you want to have on your enemy’s crew and on the people around is the effect Regina has on Lindsay Lohan.
Lohan, like all other girls, wants to be with Regina George.

And that drives the emo wild:

You want to have the same effect.
You want people, including your enemies’ crew, to want to be by your side.

And that comes back to the fundamentals of who you are: a cool cat with lots of power, who does a great job and who is good with people.

The game can’t go on forever.

If all of the above steps are not enough to make him desist, eventually, you gotta maneuver to get rid of them.
You want to stop the war in one of the following ways:

Of them all, I prefer and recommend you go for N.3.

They will likely forget you too by the way.
As Taleb notes in “Skin In The Game“, people get jealous of people who are close to them.
And that’s why the ultimate solution is always to move forward. 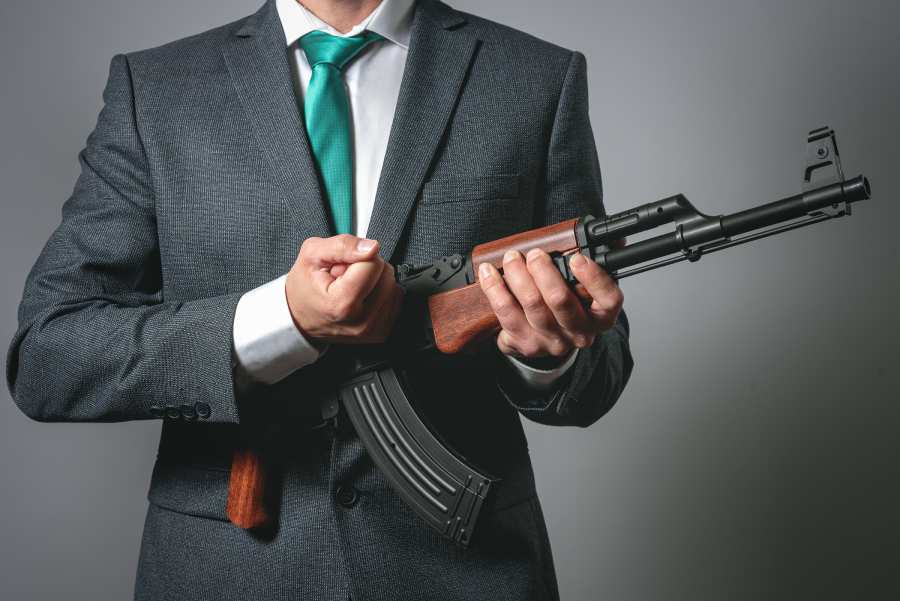 If you feel that some up and coming guys are going to become enemies, do the following:

They will try to learn as much as possible from you, but you share as little as possible.

It’s either you are their boss and gain from their good work, or why should you grow an enemy within the ranks?

If they join your calls, make sure you’re not showing your best tricks.
If they want to join the important calls, say that you wish they could but you are going to talk about personal stuff with the customers and you want to keep it natural.

If they ask you to fix their coding say it’s quite good without giving details. Or fix it without explaining much because “you’re in a hurry”.

Seem superior, like you don’t have time for younger guns. You will come across a bit grumpy, but not cold and calculative.

2. Be friendly while you isolate them

Be friendly on the surface, but don’t introduce them to your network.

Don’t criticize them openly with your friends but don’t say anything good either.

If someone says something good about them, nod or add something inconsequential and move on.
If someone criticizes them, look as if you wished you could say more but don’t want to because you’d rather not bash a teammate.

Basically, you want to hit them while at the same time looking like you’re not.

The more people feel like they’re doing great, the less extra effort they will put in.

Tell them that when you started you weren’t half as good as they are, which will lead them to think that they will automatically get to your level without any extra effort.

Alternatively, make them feel so bad that they should change jobs.

What you want to avoid is the middle road where they’re doing OK but they can do better.

4. Give Them Too Easy or Too Difficult Tasks

Research on peak performance shows that people improve the best when they’re dealing with tasks right at the edge of their skills.

If you want to slow their development, give them super difficult tasks that they need to find someone else to do it or super easy ones where they learn nothing.

Finally, never forget the biggest truth: your main focus is always on yourself and your own improvement.

The best strategy is always this: be so good they can’t touch you.

This is obviously an article that is more on the humorous side.

Yet, there are also solid principles of psychological manipulation, office politics warfare, and dark psychology.